Yet another draw for the Cottagers as Hughes' side fail to build upon a good vein of form in the new year.

As predicted, Mark Hughes fielded the same side as he had against Peterborough in order to build upon continuity, supposedly the key behind our 'upturn' in form. New purchase Steve Sidwell was given a place on the bench but was not used, while injury returnees AJ and Moussa Dembele came on late in the second half.

Both teams began reasonably brightly, with, arguably, Fulham having a fair share of the opening opportunities. Baird fired in a 30 yard strike early on, but to no avail, and Rodallega responded accordingly with a shot just wide of Stockdale's post.

As the first 20 minutes came to a close, Duff made some room for himself by cutting inside Maynor Figeuroa and rifling a shot at Al Habsi's left-hand post which was then followed up with some nice skill from American Clint Dempsey as the makeshift striker almost set up Simon Davies with a golden opportunity.

Wigan were certainly no pushovers, however, and gave Stockdale a scare with their Columbian striker again causing problems and striking the base of the post with a header following a fine whipped cross from the right flank.

The entertaining football failed to stop with Damien Duff ensuring an end-to-end first half by immediately answering questions of the in form Ali Al-Habsi in a one-on-one Mexican shootout. On this occasion, though, the Irishman came out second best and it stayed 0-0 as the sides went in for their half time refreshments.

The second half failed to live up to the expectations gained by the first, until the deadlock was finally broken by that very man, Hugo Rodallega. On 57 minutes the Wigan striker impressively lobbed the ball over David Stockdale and gave Wigan a 1-0 lead that was ultimately not reflected in their gameplay.

Sparky felt it was, therefore, time for a change and brought Belgian sensation Moussa Dembele on to replace hat-trick hero from Saturday night; Joe Kamara. With this change, Dembele and the like started to apply pressure to the Wigan defence, and if it weren't for a debatable decision from referee Anthony Taylor, Dempsey could have won us a penalty after being pushed in the area.

Rodallega, again, almost caught the Fulham defence out but failed to hit an empty net from close range on 68 minutes.

Fulham had yet more complaints for referee Anthony, with 2 more penalty claims rejected and a goal disallowed for an alleged handball from Clint Dempsey.

Finally, though, Fulham got the goal that their pressure had deserved with out-of-form striker Andrew Johnson scoring a fierce shot, which home goalkeeper Al-Habsi couldn't keep ahold of. Johnson celebrated accordingly with the travelling fans behind the Wigan goal. 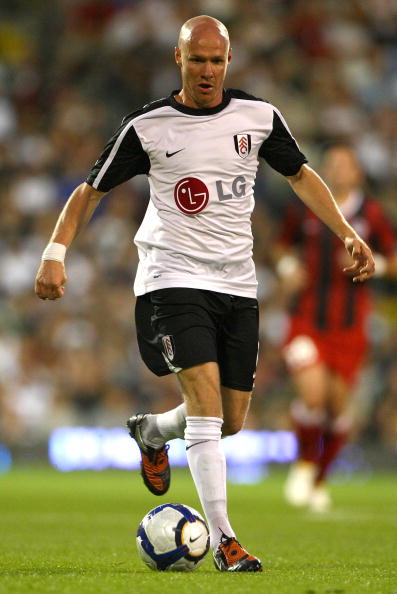 However, it wasn't the happy ending that the performance deserved with yet another 2 points dropped.

On the bright side though, a point is a point, and, after all, my predictions were spot on!