Share All sharing options for: Is total football really the way forward?

There's definitely a profound yet simple message in the cliché "it's possible to have too much of a good thing." Too much chocolate makes you ill, too much alcohol makes you incoherent and too much attacking football leaves you exorbitantly fragile in defence; just ask Blackpool.

But that hasn't stopped Martin Jol, a man whose country put total football on the proverbial map of sport mastery, from insisting change in our style of play is a definite pre-requisite of success. The Dutchman labelled his newly inherited side as "older", while suggesting a squad overhaul may be necessary to truly allow his motion to make progress. About time, I hear you cry, but is a team of European calibre and top 10 consistency really in need of absolute metamorphosis?

As with all teams during the Summer months, we are in dire need of a revolution. To take heed of Alex Ferguson's Manchester United, whom habitually set a transitional precedent which the intelligent would blindly follow, and continue to update a palpably ageing squad, would make the utmost of sense. Mark Schwarzer, Danny Murphy, Andrew Johnson, Simon Davies and Damien Duff all find themselves on the tail end of their respective careers, yet provide us with our most promising first eleven. It may be far from embarrassing and the formula clearly works, but everything has a life span, and that of our squad is thinning.

And, we mustn't forget, as a side that has blessed the Premier League with wondrous football for the best part of three years now, that attacking, fluent and ultimately progressive play, is the most assured and acknowledged way of pleasing the followers. On occasion, a deft Zamora flick can be received as greatly by the home Craven Cottage faithful as a bundled Andrew Johnson goal.

Memories of Lawrie Sanchez only bring forth the red mist in most, but it's not just the flaws in his capabilities that aggravate the Fulham fans; the style of play he put forward was repugnant to say the least. The alluring passes and the classy freedom of Tigana's Fulham were all but a distant memory as the Northern Irishman systematically removed all that was good in SW6.

Hodgson and Hughes have progressively injected resplendence back into our play since Sanchez was thankfully shown the door, but we have always been held back by an intelligible desire to defend our own goal. The away form under both managers provide the evidence, although inroads were gratefully made under Hughes' tutorship.

Perhaps, then, it is time to push on some more and exploit the wondrous talents of Dembele, Zamora and the like. However, such alterations after such credible stability always have the potential to rock the boat.

In the past, this Fulham side have always responded well to change; almost to the extent that continuity appears to breed decline. When Hodgson came in, results instantaneously improved; so emphatically in fact, that relegation was generously avoided. Hughes was appointed after Sir Roy, and returned Fulham to the top ten. Martin Jol, then, should have no problem settling in and taking us onwards and upwards.

Yet, his obvious ambition to reform our idiosyncrasy is what could prove to be his downfall. The Hodgson-Hughes transition didn't hit hard at all - they proved to be similar managers (admittedly, not in personality) with similar methods. Such a simplistic changeover will have helped the players immensely, but it appears such benefits won't arise this time around. The players will need to adapt instinctively and immediately, with competitive action taking place only next week.

The experienced heads of Murphy, Davies and co will find it most easy to cope, but, aren't they the ones Jol would like to dispose of? It seems to almost offer us a viscous circle, and it's clear that the former Spurs boss will have to make compromises in his clearing our sale if he is to preserve the heart of this side and continue to build upon what is already an established team in English football. 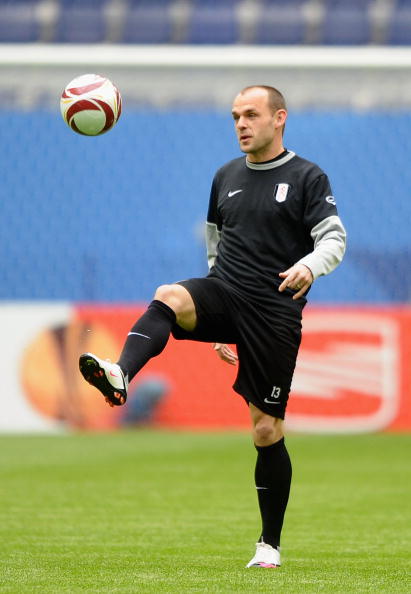 That in itself also begs the question, do we really need to be more diverse and refined? Clearly, we possess a side of great ability and, even more clearly, previous managers have been well aware of how to exploit them to the best of their abilities. It would surely make more sense to apply some cohesion with previous bosses and allow for steady, realistic growth, rather than overturning a steadfast regime and risking all that has already been worked for.

There can always be an argument that attacking football will not harm us in the slightest, given our sturdy defence and enviable clean sheet record. However, such records were set under previous coaches and therefore cannot be taken for granted. Yes, Hangeland and Hughes are well vested and difficult to break down, but they won't be immune to lapses of concentration and moments of error if they are not tactically deployed to the best of their abilities.

While the concept may work impressively for Johann Cruyff and Marko Van Basten, maybe it would be best to put the idea of total football to one side for the time being, and, instead, take this club onto the next, achievable, step.