Why McLaren perhaps makes the most sense

Share All sharing options for: Why McLaren perhaps makes the most sense

Four years may separate the heartbreak, but it'd be foolish to suggest that on a warm May evening in 2006, Steve McLaren suffered any less woe than that of Roy Hodgson and the Fulham fans in 2010. It'd also be ludicrous to propose that the former England boss performed a more insignificant miracle in taking a side forwarded by Jimmy Floyd Hasselbaink and Mark Viduka, both ageing yet pragmatic strikers, to the final of Europe's second competition.

Clearly, there are many parallels to draw between McLaren's Boro' and Hodgson's Fulham; not least the anti-climactic defeats to impressive Spanish sides. Perhaps, though, it's with such defeats and such desolation that experience emerges and with that in mind, national critics aside, Steve McLaren may well be the perfect fit for Fulham FC; much like Mark Hughes palpably was not.

In his time at Fulham, regardless of a bitter and exaggerated departure, Roy Hodgson attained a 'legendary' status amongst the fans and such accolades don't come without apparent success. No titles or silverware fell into the era of Hodgson's stint at the Cottage but we all took him to our hearts and will appreciate his reign for many a year.

And, upon moving on, things didn't quite work out for Roy and the same can be hastily said for Steve McLaren. His role as England manager was less than fruitful and that, unfortunately for him, is what he will be remembered for. 'The wally with the brolly' is all that springs to mind when you pitch the 50-year-old and the English National team together.

The embellished headlines were all but spot on, though. The job he did for England was appalling and there is no defence for the demise he eventually flung onto the once proud team, but, from a club's point of view, the experience he will have gained there can be shaped into a constructive bullet point on his effervescent CV. He will have acquired contacts, travelled the depth of the footballing world and, above all, shared a dressing room with some of the most talented players the game has to offer. That some could say this is inconsequential is imprudent and senseless.

With his infamous firing came a more nomadic period for McLaren. Even if English clubs were more than aware of his prudence and intelligence, they were too scared to approach him in fear of ridicule from more than just all of the British isles, but their own fans. This meant that the former Manchester United assistant had to pack his bags and jump aboard the good ship Netherlands.

He landed the FC Twente job, and while his reign will be prominently remembered by us back home for his farcical Dutch accent, many overlooked his remarkable achievement of claiming the title from the ever-present strongholds of PSV Eindhoven, Ajax and even AZ Alkmaar. His cross border move to Wolfsburg of Germany was perhaps lacking in wisdom, but it provided yet more depth of knowledge for the travelling man. 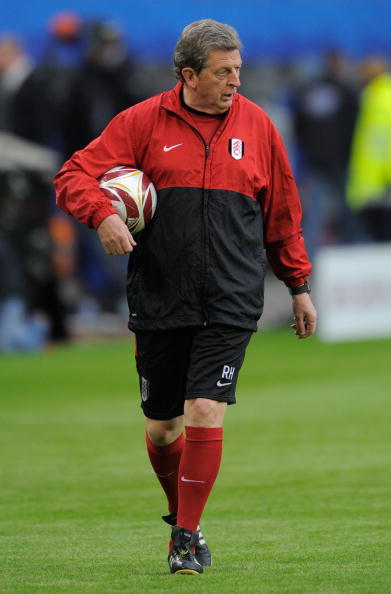 Is anyone else seeing yet more similarities to Hodgson?

We've been left distressingly in the lurch for two years in a row now and stability is being craved in SW6 more than Zoltan Gera in the staring line-up, and as confident as some of us are in our own worldwide standing, the likes of Martin Jol and O'Neill are just as likely to see us as stepping stones as Hughes did.

And, while we may still be bitter and we may still be riled, Hodgson never saw us as a stepping stone but merely a club he could work for. That he did such a prevalent job and brought such wondrous years to London was a pleasant by-product that eventually led to 'better things'. McLaren would offer similar foresight and he certainly won't view us a simple short-cut to the limelight as he's so extrinsic to the English game now that simply coming back would be an accomplishment.

Of course, however, his credentials pale into insignificance when aligned to the likes of Carlo Ancelotti, but in the real world, we know the former Chelsea boss is a long shot. McLaren has the fortune of no current ties, and therefore no compensation, and an abundance of knowledge that most clubs endeavour to seek but to no avail.

We should all be aware now, that deep down, if Roy Hodgson had it in him, after his shock appointment nearly three and a half years ago, to become a Fulham legend, then so does Steve McLaren. Let's face it: Middlesbrough would have moved heaven and earth to keep ahold of him and they'd do more than that to have him at the helm at present.