The best way forward is to ditch the scrap

Share All sharing options for: The best way forward is to ditch the scrap

Perhaps the most gratifying part of John Pantisl's game, his laps of honour, will prove to be his final send off to a Fulham side for whom he has worked so hard, and to the fans to whom he has been so warmly welcomed, loved and cherished.

The Ghanaian's technical skills may well have left much to be desired, but there's little doubt in anyone's mind that he provided a form of entertainment that few else in the game could ever have paralleled.

Still, even the most charming and the most charismatic of workmen cannot cut it without the technicalities of their craft. No policeman can make up for an assertive deficiency with astounding wit, no paramedic can outweigh a lack of knowledge with astute one-liners.

It just makes it abhorrently clear that, whilst the times may have been fun and while the memories shall be sweet, there's always a time to part, and parting becomes significantly easier when you're aware of significant flaws in someone's ability.

The same can be said of Martin Jol's other select choice of sub-standard squad players set to leave the Cottage: Diomansy Kamara, Eddie Johnson, Matthew Saunders and Kagisho Dikgacoi help form a substantial but intelligible list. Of course, the sale of any player should be seen as a reason to mourn, except in exceptional circumstances, but given our resources, such steps are necessary to bring this club to the next level and to help the new manager succeed.

John Pantsil will always, regardless of his abundant talent at placing the ball in the incorrect net, take a fond place in my rather cold heart. His sheer work rate, on occasion, could counteract his defective talent. However, even his blatant willingness to give his all didn't come out to play under Hughes' tutorship and it painted a picture that would suggest only Hodgson's guidance would allow him to flourish. It could be a short sighted perspective to take, but analysing the evidence, Mark Hughes had every right to drop him from the team. And it's not as if Chris Baird did a bad job in covering him.

Diomansy Kamara has always had skill, class and a rewarding knack for hitting the target. His goals have been crucial over the years, but they provide the only prominent reason for keeping hold of the former Portsmouth man. As the years have rolled away, the likes of Andy Johnson, Bobby Zamora and Moussa Dembele have stepped in ahead of him, and even though the striker is still in his heyday, it would almost be inhumane to keep ahold of him, only to let him peer upon the higher echelons from the bench with ever mounting envy. 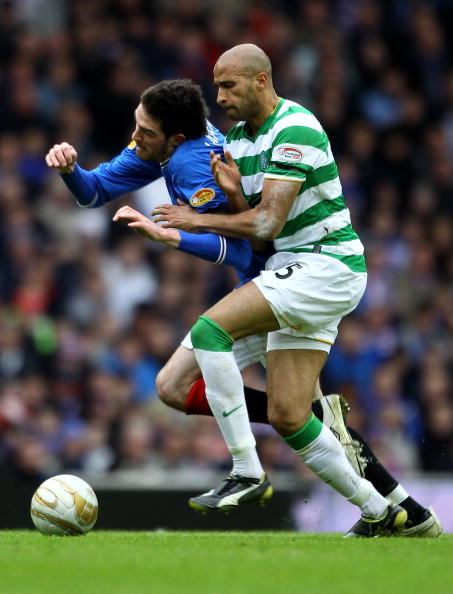 Eddie Johnson can be spoken of in the same light as Kamara, but without the previous accolades and certainly without the important goals. Perhaps the American's greatest moment was a 49-minute strike in a friendly against Brentford, which sent the Fulham faithful into raptures as well as providing the perfect opportunity to mock their local rivals. The 27-year-old may well offer those perfectly timed moments of ironic humour, but such traits can rarely be considered a positive. Potential has always been there, but it's never been allowed to flourish and it probably never will while he plies his trade on the banks of the Thames.

And, while Kagisho Dikgacoi has always proven himself to be a man of sheer pride and determination, his inferior experience and monotonous complaints have come to be a drag over recent months. It became clear, ever since a red card in his first Fulham game, that he was destined for mediocrity. Maybe not even that. Yet, that shouldn't stop Al Fayed from maximising his sell-on potential, as his innate ability is clear for all to see. All that needs to be done is to prove that he can put his talent into practice on the field of play; something he has never done at Premier League level.

With the aforementioned gone, not only will funds become available, but space will be provided. That we are consistently labelled a small club can be considered quite wide of the mark, as the depth to our squad is really quite appeasing. Not many other sides can boast a second choice goalkeeper that makes the England squad, or a £12 million rotational striker. That's why the lower ranked areas of our team need to be shipped out, as it makes room for the new, and most importantly, makes room for the young.

The likes of Danny Hoesen and Marcello Trotta have been knocking on the metaphorical first team door for what is becoming years now, but why give them a chance when you have experience in the form of Kamara or Johnson? Finally, with a minimal but effective clear-out, these players of exuberant energy, palpable flair and youthful drive can be offered their deserved opportunity and they can show us what they're made of.

No doubt, they're made of much more than those in the shallow levels of our first team.

Martin Jol, then, despite his first move being a seemingly negative one, could well be onto something. Before long, the Ducthman could be one move off of check-mate, or even better, the top six.