It's the one stage in the season where the whole Premier League is equal and there is nothing to separate the abundant class divides but alphabetical fortunes. As it stands, Swansea are statistically identical to Manchester United and we here at Fulham can't, as of yet, belittle our not-so-noisy neighbours at Queens Park Rangers for being so inferior - this is hypothetical of course, good luck to QPR.

It never lasts, however.

So what's in store for the Cottagers in this season of memorable importance - it being our tenth consecutive in the top flight of Europe's finest league?

New faces? In the grand scheme of things, although it wouldn't seem like it necessarily, it's been a summer of quite some upheaval - from the top down. Mark Hughes soured our early June with news of his resignation but, as goes in football, Fulham and Al Fayed will have, and arguably already have had, the last laugh. The Welshman finds himself jobless after an expectant move to Villa Park broke down on the grounds of, funnily enough, his Fulham exit. In his place we find the cuddly, but not in the least merciful, Martin Jol. The man himself suggested that Fulham's constant contact and camaraderie were tasteful aspects behind his decision to join - as well as the palpable opportunity to take this South West London side onto greater things.

The former Ajax boss has promised much, claiming young players will be nurtured effectively through the academy and through the more direct method of simply entering the transfer market. Yet, while Kerim Frei and Matthew Briggs have clearly flourished with such proposals, the marquee signing of the Summer so far, John Arne Riise, at 30 years old, perhaps added a touch of contradiction to Jol's early comments. There is clearly method in the purchase though, with Riise still well capable of producing moments of wonderment just as in yesteryear. Alongside the experience of Liverpool's former star, Dan Burn, Csaba Somogyi, Marcel Gecov and Pajtim Kasami have all signed at an overall cost of around £7 million.

Back in Europe? If any club is aware of the contrasting merriment and despair that European competition can bring, it is certainly us. Barely a year on (yet two managers later), and Hangeland, Duff and the like are experiencing a Europa League challenge yet again - although this time with a far earlier starting time. While our 2009/10 journey required nineteen matches to gain a runners-up medal, this campaign will ask far more of our boys - in the shape of four extra games. Pre-season has been practically obliterated due to participation, although many can fairly argue that competitive football at such an early stage may well benefit our early league form. Of course, we now have experience of the greater stage and we know, to the greatest detail, what to expect. However, to make it to the final again would be a gargantuan task, given three other fronts to fight on (League, Carling Cup, F.A Cup). You never know, though. 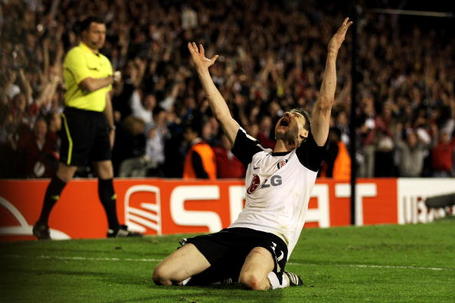 Last time we were in Europe, our league form dipped. Will it happen again? It's all quite dependable really. If we were to hypothetically play all 23 matches then we would do well to finish in the top half, but if we were to be knocked out early on in Europe, then Jol will want his men to be inside the first ten. I think, given some greater depth, anywhere between 8th and 14th is respectable and achievable even if fatigue plays a major part. Our new Dutch boss will do well to balance the two perfectly, but it's what he has been employed for. My guess would be 9th place.

Silverware please? Hopefully. It's not beyond us, although we are becoming a tad infamous for being nearly men. Both our FA Cup runners' up medals and their Europa League parallels are rewards to be proud of, but vaguely remembered of outside of SW6. If we are to truly establish ourselves on the footballing map, then we must achieve another of Jol's goals for his own reign, and that is win a trophy. With Birmingham City carrying home the Carling Cup last season, it can't be seen as beyond us to achieve a similar feat. It would be more-than a tough task, but a cup is always only a few consecutive wins away. Oh, and if we're drawn against Spurs at home, then we should be just fine.