How do you solve a problem like Ruiz? - Fulham FC

Bryan Ruiz Gonzalez, a £10.6m thorn in the side or an expensive diamond yet to show his true worth?

On deadline day 2011 Fulham Football Club announced the £10.6m signing of Costa Rican International Bryan Ruiz, a wave of optimism spread over the fan base. Had we finally signed a striker who is going to net us 15+ goals a season we cried? Alas, it was not to be. A mediocre season for Bryan finally ended with a broken foot at the Reebok Stadium against Bolton Wanderers - a game in which his attacking partner, Clint Dempsey shone like the brightest star of them all. However great the expectations there were games where we saw the real potential of Bryan Ruiz - games such as Bolton, Arsenal and Charlton at home - not mention his exquisite chip against Everton.

Earlier in his career Ruiz played as a striker, scoring 26 goals in 78 games for Belgian side K.A.A Gent before moving to FC Twente Enschende of Holland and scoring 35 goals in 65 games. Playing at the top of a 4-3-3 at FC Twente, Ruiz was top scorer for his team for both seasons he played in Holland.

Bryan's true potential has yet to be realised, for a number of reasons. Firstly, although Bryan has fantastic control and ball retention, he takes too much time over a decision - of course whilst learning a new league this will take time and a problem which the staff an player alike will be aware of. Secondly, position. Bryan has played in two main positions this year for Fulham, RW (Right Wing) and at times as a centre attacking midfielder. Ruiz has mainly been deployed as an RW in a 4-3-3 formation, providing width, crosses and vision to a heavily counter attacking formation. Since his change in league and position his goals per game ratio has dropped - he contributed 2 goals in 27 apps. 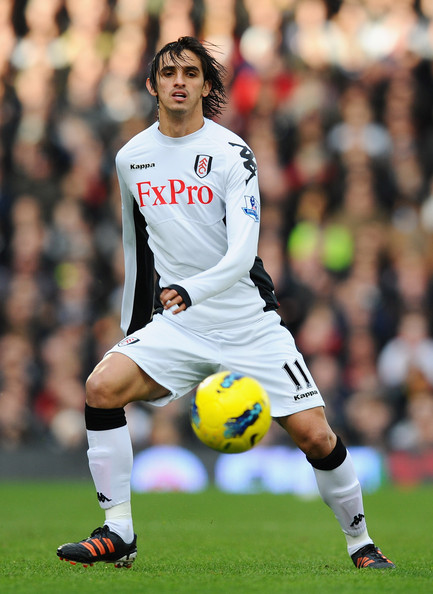 Position and formation has a key part to play in exposing the potential of Ruiz, of course Bryan is used to play in a 4-3-3 formation but as an RW in the Barclays Premier League his defensive frailties expose himself and the midfield/RB slot - the Premier League has always had attacking wing backs, for example: Gael Clichy (Manchester City), Bacary Sagna (Arsenal), Patrice Evra (Manchester United) and our own John-Arne Riise. The use of attacking full-backs means that Bryan cannot focus on the main aspect of his game - his attacking prowess, he has great vision, a wonderful left foot and brilliant close control. His creativity can be the key to success at Fulham, if used correctly.

Fulham have great attacking options in Moussa Dembele, Clint Dempsey and Damien Duff and this past year it seems as though Bryan and Fulham have struggled to realise where his most effective position may have been with them in the side. Here is my opinion:

As a right winger in a 4-3-3 formation Bryan possesses many qualities that will make him an effective player in the side - he has the ability to take on players, a beautiful delivery and the ability to use both feet effectively, in games he has caused wing-backs a lot of problems and has the ability to get in behind the gap in the full-backs and centre-backs. On the negative side, Bryan is defensively weak his ability to tackle is not up to standard and his lack of raw pace can be exposed easily.

As demonstrated with his time abroad, Bryan definitely knows where the goal is, with his two goals this season it is clear to see that he has the technique to finishes chances easily. On the negative side, he doesn't have the strength to cause Premier League CBs a problem.

As previously mentioned, Bryan has a fantastic array of qualities - great vision, technique, passing ability and as proven with his career on the continent a great finisher. As a CF (Centre Forward) within a 4-2-3-1 formation creativity and vision is key - the CFs main role is to be in and around the knock-downs from the lone striker, before recycling the ball on, taking on a defender or shooting. Bryan will receive cover from defensive midfielders and the use of wingers will give him the space he requires to become effective. 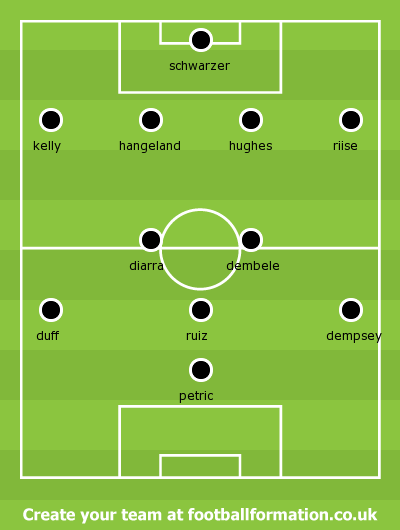 Using Bryan in this position also allows Jol to use the attacking threat of Dempsey in an advanced role and the deep lying playmaking ability of Moussa Dembele, yet still maintain balance in the side. Using defensive midfielders should Bryan the space he requires to use the ball wisely and manoeuvre himself into positions where he can put away chances. This year I believe that should Ruiz be used effectively he can regain the form that he showed at Gent and FC Twente and become one of our top scorers.

That in my opinion is how you solve a problem like Ruiz.

Please let me know your thoughts.