Share All sharing options for: Fulham must bounce back - West Brom (h) preview

Fulham haven't won in three competitive fixtures and, if George Co-Hen's prediction is anything to go by, we won't be putting a halt to such a worrying decline.

Our feathered friend suggests, perhaps, a draw is more likely but, then again, he did think we'd beat Manchester United. We came close, as you know, but just not close enough.

Against West Bromwich Albion, you get the feeling that close just won't be enough, in spite of the away side's phenomenal start to the season. The feeling around Craven Cottage is one of excitement, even if the purchase of Dimitar Berbatov is a mere positive note on an otherwise sour transfer window in which Moussa Dembele, Clint Dempsey and Danny Murphy left the club. Arguably, they were our three most influential players.

Giorgios Karagounis has now entered the fray, presumably, to fill the hole left by both Murphy and Dembele. He's very unlikely to feature on Saturday, however, with a lot of fitness work to catch up on - by his own admission.

Steve Clarke and his West Brom side travel to London with a fine start to this campaign behind them. They sit in third place after two wins and a draw, their latest outing being a solid 2-0 win over a strong Everton side.

Many had doubts over Clarke's ability to take the hotseat after many years of filling in the number two role but he seems to have settled in quite wonderfully.

Martin Jol, of course, will be hoping to put a stop to that positive settling in period but it will be no mean feat. Fulham haven't won since the opening day which was, admittedly, a fine 5-0 win over Norwich City but, at the time, we could still boast a line up that included Moussa Dembele.

We drew with West Brom on both occasions last season, 1-1 at home and 0-0 away but, in recent years, we've given the Baggies some quite extensive footballing lessons. In 2006 we beat them 6-1 while as recently as 2011 we breezed to a 3-0 victory.

It remains unclear as to whether Zoltan Gera will start for the away side, though the home crowd will be hoping he does after a fine three years at Fulham. Steven Reid is likely to return but head coach, Steve Clarke, has admitted that Jerome Thomas will not be fit.

For Fulham, Kerim Frei stated on his Twitter feed that he is still not ready for action while Jol will hope Bryan Ruiz is fit after a hamstring complaint kept him out of both the Sheffield Wednesday and West Ham United games. 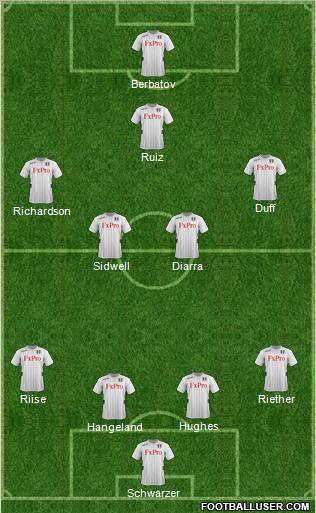