Where are Fulham headed this season? Europe, cup runs, mid-table obscurity or a relegation dog fight? 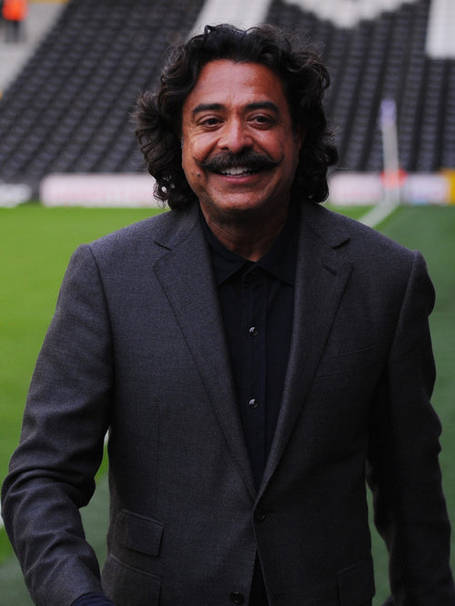 The first season of the Khan-Jol era begins this Saturday at Sunderland's Stadium of Light. The question on every Premier League supporters lips right now is "how will we do this season"? Man United are hoping Moyes can continue where Ferguson left off, City are hoping they can take advantage of the handover of power at United and Liverpool are just hoping they can make it through a season without a bite attack or racism controversy.

But what about our beloved Fulham? We've had a summer of change with Al Fayed handing the club over to Shahid Khan and a number of new players arriving. Lets begin by looking at those key changes.

Maarten Stekelenurg - The man with the name that barely fits on a shirt will be our new number 1 this season replacing veteran Mark Schwarzer who left for the dark side. He comes with a good pedigree having previously played at Ajax, Roma and in a World Cup Final. From what I've seen so far it looks like he is at a similar level to Mark Schwarzer but with better distribution and a few less years on the clock!

Fernando Amorebieta - Fernando comes with a reputation as a bit of a strong tackler. Mostly because of an incident where he met the face of a certain Mr. Messi. He played 195 times in La Liga with Athletic Bilbao and in 2011 pledged his allegiance to Venezuela and has since been capped 8 times. Fernando will be aiming to push Hughes and Senderos down the pecking order to become the first choice partner of Brede Hangeland.

Derek Boateng - Possibly the longest running Fulham transfer saga since Jason Koumas, Martin Jol has been trying to sign Boateng for almost 2 years now. Unlike Amorebieta Derek has moved around Europe almost annually. At the time of writing he has played in Greece, Crete, Israel, Germany, Spain, Ukraine and now England. He'll line up in a defensive midfielder position and look to break up attacks before moving the ball onto more creative players. Given the lack of choices in that position right now he is likely first choice by default.

Adel Taarabt - The word "mercurial" may have been invented for Adel. Massively talented but incredibly frustrating is the line coming out of QPR since his loan move. It remains to be seen whether the move will re-kindle his top flight career and whether he can play in the same team as Ruiz and Berbatov. If Jol finds a way to make it work then expect entertainment galore this season. 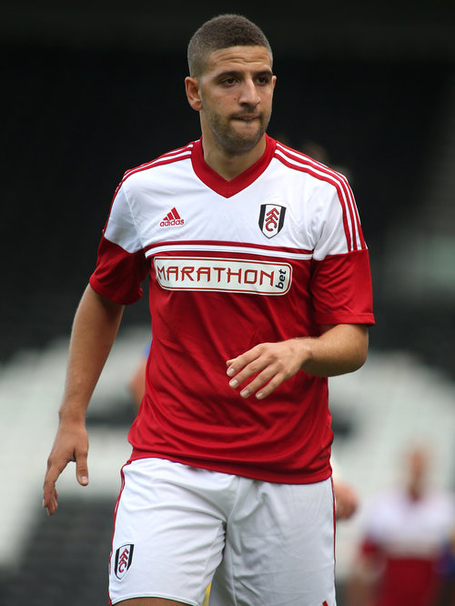 To try and give some semblance of balance to our preview what will follow is 3 different routes our season could take. At the end we'll have a poll where you can vote on the outcome you're expecting. Since I'm a glass half full kind of guy lets begin with "Optimistic"

Over the remaining days of the transfer window Jol manages to bring in the remaining players he desires. Namely a speedy goal poacher striker and a cultured passing midfielder. The most likely names right now are Gargano and Darren Bent. We begin the season well picking up away points here and there while our home form is excellent even including an early season victory over Arsenal.

We make it through a few rounds of the League cup and are able to use squad players before getting an unfortunate draw away to a big 4 team and slip out of the competition. Meanwhile in the league the new fast striker and Berbatov are finding their feet as a partnership and goals are starting to fly in. Taarabt is working harder than he ever has before and becomes football soul mates with Berbatov. Ruiz finally finds his feet in England and some consistency.

By the time Man City at home rolls around Fulham are in the top 6, close to the top 4 and looking like this years surprise package. In January we have no need to really spend and can take our time and pick up a couple of youngsters for the future again. We also get a good cup draw and make it through the first few rounds with ease.

A few frustrating losses away in the league occur over the winter but home form is still good and Fulham stays comfortably in the top half of the league. We shock a good team in the FA cup and by April make a first Wembley appearance since 1975. League form takes a bit of a hit but we still finish in the top 8 and a few youngsters like Grimmer, Trotta and Mesca have impressed over 2014. Meanwhile Chelsea have gone through 3 managers this season and QPR have remained in the Championship!

Jol isn't given the money he wants and we move into September having signed no-one new. On the final day of the window we make a desperation Kuqi type striker purchase. Our away form begins poorly as usual and we only pick up the odd point here and there.

A hammering at Chelsea is followed in October by a live TV halloween horror show loss at Crystal Palace. After losing to Man United and Liverpool Fulham slip into the bottom 3 and stay there through Christmas. Early losses in both cup competitions are expected and sure enough happen. At least one is considered a "giant killing".

At this point Khan loses patience with Jol and dispenses with him. An interim Benitez type manager comes in and is given 15 million to spend in January to try and save Fulham. Not being able to work well with Berbatov this experiment doen't go well. Taarabt has his loan spell cancelled and takes the bus back to QPR.

The lack of effort from attacking players to get back and defend results in goals being leaked left, right and center. Despite a late fight from some players the game is up and Fulham go down with on the last day of the season. The Jacko statue remains while QPR pass us in the other direction coming back up.

Fulham bring in a new player or two over August that paper over the cracks for the short term. Our home form is solid enough and we pick up the occasional win away from home. The team is still pretty old though and as the season wears on we experience a similar problem to the final 8 games of last season as legs get tired.

The league cup isn't taken seriously, as always, but we manage to get through a few rounds in the FA cup. If we get lucky with a good draw there is no reason a Wembley semi final isn't possible. Berbatov scores 10+ goals again and Taarabt and Ruiz show fleeting moments of brilliance throughout the season along with games where they are booed off. A 11th - 13th place finish is achieved unless the injury bug really bites us hard.

The youth teams perform well and win more cups with 1 or 2 players looking ready to break into the team in 2014/15. At the end of the season the final count of Jol saying "ever so" in interviews stands at 172.

Like I said at the beginning of this I'm a glass half full guy so I'm inclined to believe the season will be somewhere between realistic and optimistic if we can buy that passing midfielder and fast striker. The final pre-season games haven't been encouraging going forward so these players are crucial to our success this season. Have your say in the poll below and COYW!