You had two days to select a line-up and it looks rather legit.

Share All sharing options for: Precognation Confedential IV: Your XI

A couple of days ago I asked you participate in a survey. There were number of you (106 of you to be exact) that did just that. This is the result of that exercise. 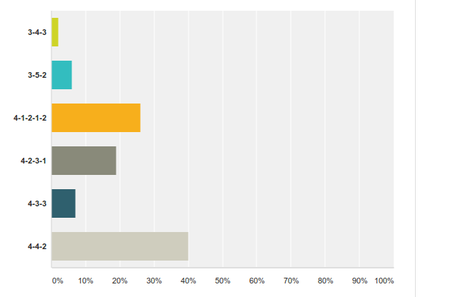 Now, I'm not sure--for those of you that voted for the 4-4-2 that you realized that the 4-1-2-1-2 was the actual diamond formation or if you were just desiring to go back to a wider, flatter (across the midfield) formation. Either way this is what you voted for, whether you had intended to or not. Next time you know.

Bettinelli actually has some supporters out there--which is nice to see and good for him. You go, Glen Coco Marcus Bettinelli. However, it's Jesse Joronen with the start. Though, in case, you had not seen it yet HammyEnd broke news last night that a deal for Bulgarian international Nikolay Mihaylov could be in the cards. We'll just have to wait and see if that one plays out. 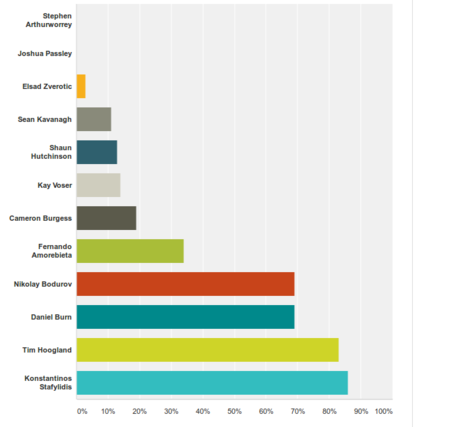 I'm not so surprised that Stafylidis won, I am surprised that Hoogland gave him a run. Now I talked about how surprised and rather impressed I was with Hoogland pre-season and he's don't nothing to temper that. He's been solid in all the different various roles he's been asked to fill.

The first surprise of the day is Daniel Burn, though not much of one. A starter in the premier league I talked briefly about what the transfer of the newest defender, Tiago Casaola, and what it could mean to him. But in this match you give him the start and that warms the cockles of my heart.

Lastly, Nikolay Bodurov. He should not be last and maybe we should have a talk about this. In the first three matches of the season he's the most dominant figure. Forget Patrick Roberts the little things he does has been so important and his physical presence has gone a long way to ensuring that Fulham has been in every game this season with an opportunity to grab points. 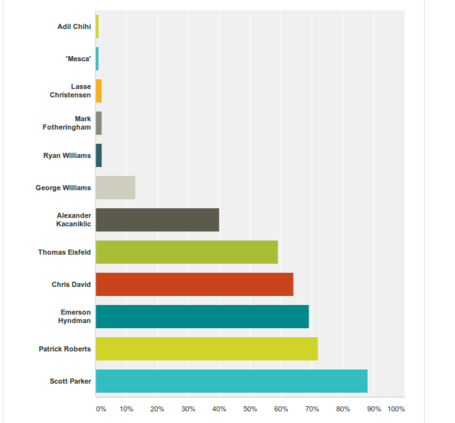 You vote for a 4-4-2, you vote in 3 central-ish players. Whatever, I'll figure out what to do with them but in the mean time realize that there is a diamond formation in the vote (4-1-2-1-2) and go with that next time.

I suppose we've seen a bit of Roberts on the right wing already this season, he does a good job of getting wide, creating the loan Fulham goal by way of slipping a pass inside to Hoogland. I suppose that means that David gets wide left because I don't see how he could a) stay wide and/or a2) he consistently is going to cut inside. Not bad things just not really where I would have put him. Good job, supporters--you're Magath 2.0.

Oh, and just remember out of all the positions and all the starters Scotty Parker had the most overwhelming selection percentage. That's you, not Magath, Take a week off from picking on poor Scotty. And when you don't, please don't try to convince me you're apart of the 11% that didn't want him in there because I won't believe you.

I'm disappointed that Adam Taggart didn't get more nods. Though this process reveals to me that I'm less than 2% of the fan base. So there is that. Also, I believe Hugo Rodallega is the perfect strike partner for Ross McCormack right now. I think him or Dembele. Basically because they need to have confidence to just boot the ball from time to time at the goal and see what happens. That was a great part of the first two matches, less so the third one.

A Line-up of yours:

We'll continue refining this process for now leave your thoughts and comments below..