I had no way to watch the match, and the audio commentary was broken for the first half. Even so, this is the happiest I've been about Fulham in some time.

Kit Symons is now 2-1 in all competitions. His loan loss was when his team was playing a man down after a controversial decision. Even in that match they were hardly outplayed. Perhaps the team has turned a corner? I especially loved the match reaction Symons had. He wasn't afraid to call out his team for their poor performance in the first half.

I'm also happy to see a Fulham squad fight back after being down. Too often we've seen the squad just wilt under pressure. They also were able to hold on in the end instead of melting down as has become their habit.

The best part of this all might be that Fulham are no longer bottom of the table. And it would be entirely possible for them to get out of the relegation zone midweek. This table looks a whole lot better than it did this morning. 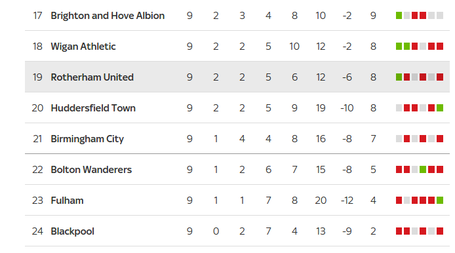